8.33kHz Voice Channel Spacing (VCS) Communications have been progressively introduced in the European upper airspace since 1999. With the adoption in 2012 of the European Commission’s Implementing Regulation (EU) No. 1079/2012 (VCS Regulation), the airspace in which 8.33kHz channel communications are required is being extended down to the ground.

This implies that after 1st of January 2018 all aircraft operating in the airspace of Switzerland, Norway and EU Member States, in which radio carriage is mandatory, have to be equipped with 8.33kHz channel spacing capable radio stations.

The deployment of 8.33VCS within the European airspace below FL195 is affecting mostly the General Aviation (GA) airspace users, because most of the other users had already equipped with 8.33 VCS to operate above FL195.

Currently there is no available centralised digitized information regarding the radio equipment on board General Aviation aircraft. To ensure an efficient coordinated deployment of the 8.33kHz VCS, as well as to provide valid data for local safety cases and exemption assessment EUROCONTROL, the Network Manager nominated by the EC, is setting up a repository (data-base) containing information regarding the general aviation aircraft currently operating in the European airspace and their radio equipment.

The availability of such information provides also a basis to estimate the magnitude of the retro-fitting costs which can be used to dimension requests to subsidies (e.g. EU funding programmes) for the equipage with 8.33VCS capable radio sets.

In parallel with the tasks of monitoring and steering the 8.33kHz VCS implementation both on the ground and in the air, the Network Manager is taking an active role in providing a central coordination and information function with the intention of building the required awareness among all categories of airspace users. 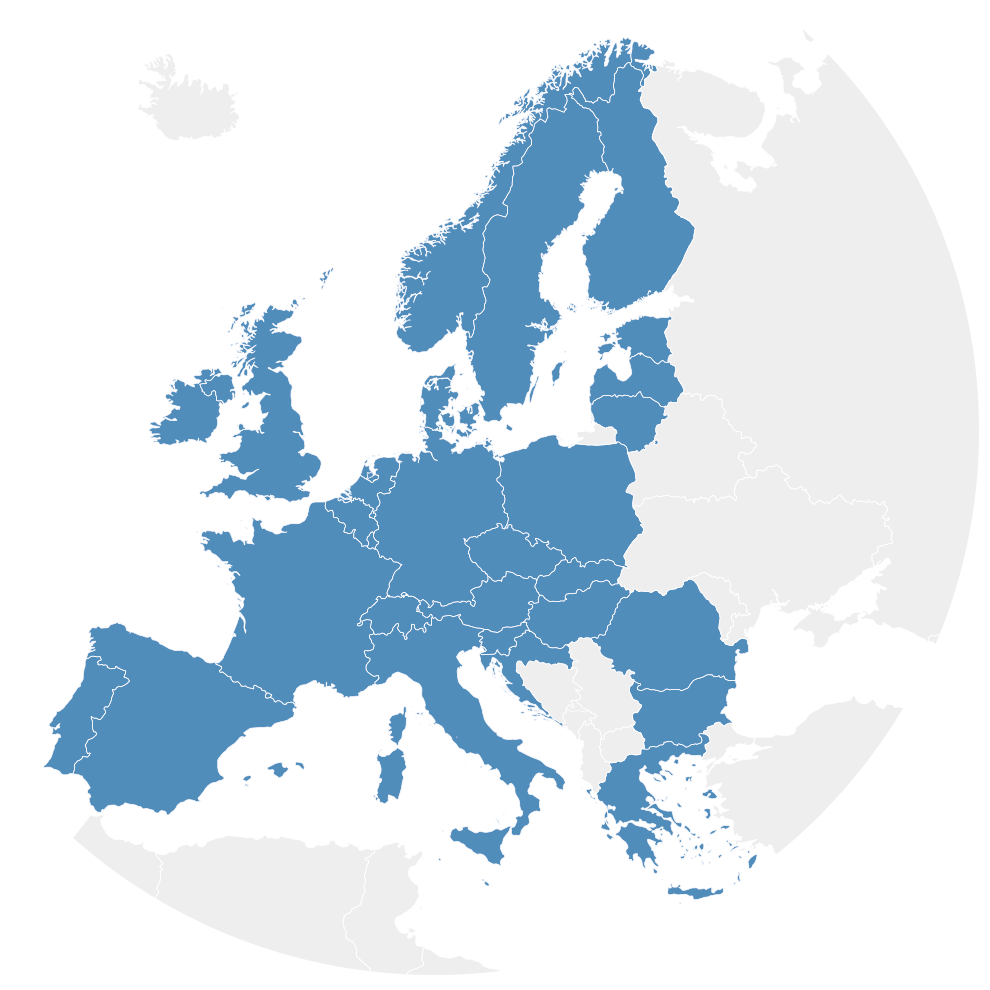 Europe has been facing a shortage of voice communication frequencies in the aviation band (VHF) for more than 10 years and the situation is expected to worsen in the coming years.

The frequency band 117.975-137 MHz is allocated on a worldwide basis to the Aeronautical Mobile Service and it is used mainly for aeronautical air-ground voice communications. This band can support only 760 channels if these channels are spaced by 25kHz (as it is the case today in Europe in the airspace below FL195).

The consequences of frequency congestions are significant. They delay operations in new airports/airfields and restrict airspace improvements that result in constrained European economic development, an inability to maintain optimum safety levels and a significant increase in air traffic delays.

Several solutions to the frequency shortage problem have been analysed and implemented. These included optimising frequency usage and making use of new advanced technologies for communications. However, the only realistic and cost-efficient option to solve the medium to long term frequency congestion problem in Europe is to reduce the channel spacing to 8.33kHz. Theoretically this would provide three times more channels available in the same frequency band and satisfy all voice frequency communications requirements for more than 15 years. 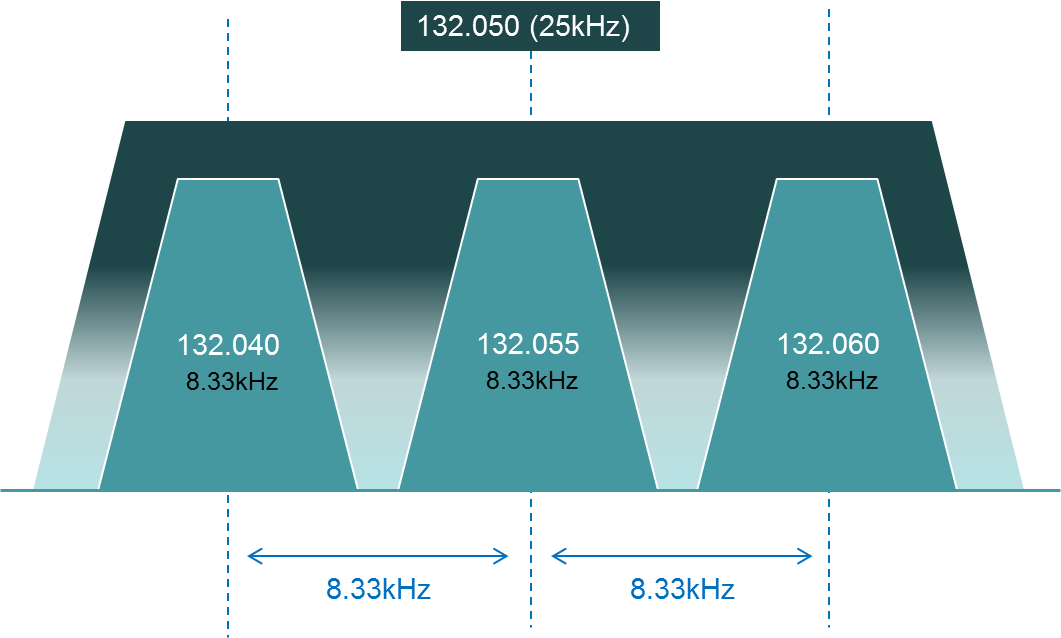 The European Commission's implementing Regulation (EU) No. 1079/2012 lays down requirements for the coordinated introduction of air-ground voice communications based on 8.33kHz channel spacing. The provisions apply to: 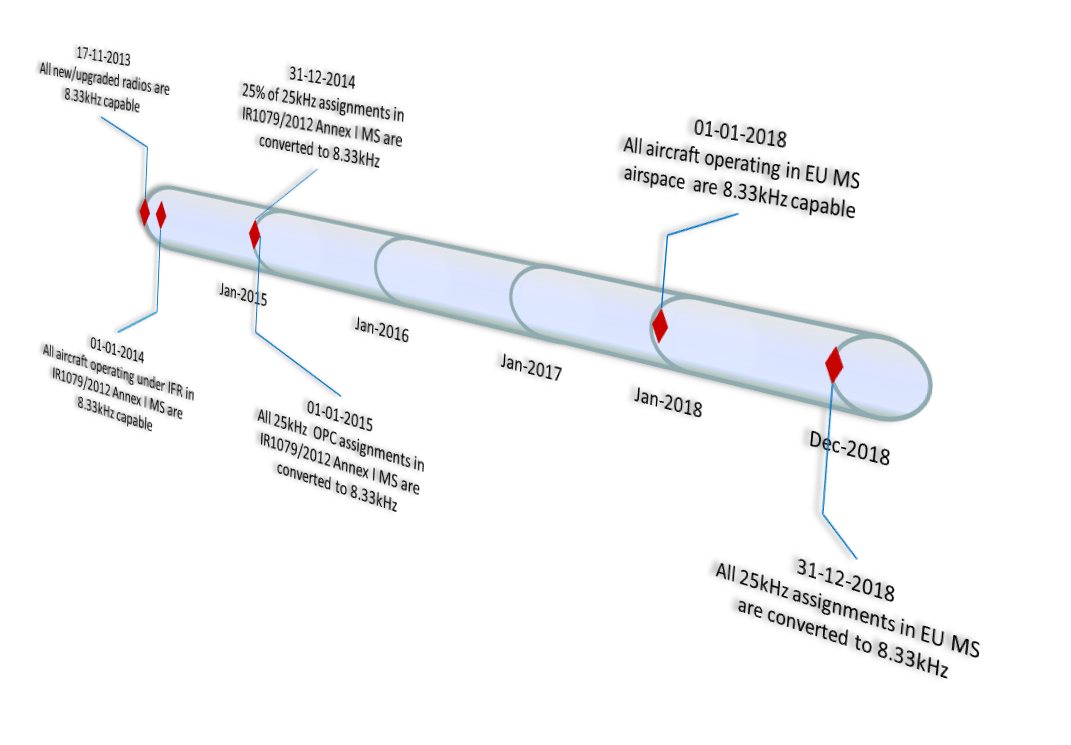 8.33kHz Channel Spacing capability is required* for all:

*Specific exemptions and temporary derogations may be applicable.